@naberrie93 wrote:Hi guys I don't know if you discuss this early, but I saw something about a Daisy interview in China and she calls Kylo a "scum bag". I don't believe that the same Daisy Ridley who said before she would like to play Kylo Ren, now it's calling him like that.


Mtime: A lot of fans support Rey and Kylo Ren to be a couple. Daisy do you think they as a couple are true/believable/reliable/practical?Daisy: Not true/believable/reliable/practical, that’s just this simple, TLJ gave me a very different feeling, the audience’s opinion on Kylo Ren will change dramatically, Rey thinks Kylo wants redemption, she can understand him too, I am glad that they achieved some kind of understanding, but after all, Kylo is a scum/*******, so I think……
Mark: Hahahaha, he is just misunderstood, misses daddy.
Daisy: (mimicking Mark’s tone) He’s just very lonely. So I think, I can understand why fans think so, but I don’t support them to be a couple.
Translation via viviennedew.tumblr.com

Like, this is for real? I read that in a forum and everybody is acting like it's true and I don't understand. I think is fake news, do you have a reliable source about this?

Yeah this was discussed a lot in one thread. Basically the translation is from google which was pretty horrible so we doubt the use of her saying "scum." The video of this interview has also not been revealed so the evidence is flimsy. Some people believe it and shrugged it off (because at the end of the day Daisy's opinion does not matter at all) and others thinks it's fake (Daisy has always been very pro-kylo and has shown interest in reylo at various times). Someone said that this news outlet is known for its tabloid fodder and many in China don't believe it. Who knows!

Yeah it's strange. Thanks for your answer

If we don't have a video or something more reliable in the future I will call it Fake News.

Has anyone asked Daisy if she said this? 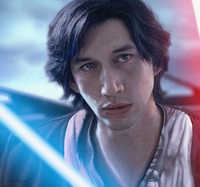