@Saracene I've always thought that it's not just JJ who is obsessed with the #mysterybox. Rian's got his version too.

@californiagirl wrote:@Saracene I've always thought that it's not just JJ who is obsessed with the #mysterybox. Rian's got his version too.

Except that Rian's didn't cause furious internet discussions.

"Who are Rey's parents?" Two years and millions of words' worth of speculations. 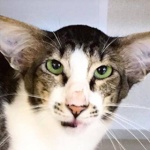 @Saracene Some of the audience decided what they were interested in in TFA, such as Rey's parents, Snoke, and what Luke was going to do in TLJ. Some of it was based on pure viewer wish fulfillment, as the article from earlier indicated, even if it wasn't explicitly given as a question in TFA. People like mystery more than actual story, which JJ has been roundly criticized for on many occasions. I actually think he slightly toned it down for TFA, but it still got blown way out of proportion in fan discourse, to the point where it overrode the actual story itself.

Meanwhile Rian puts in an actual mystery with clear relevance to the characters and story, and hardly anyone even notices it's there. Because it's not what many people want or expect from these stories. There's very little speculation around IX because the things people cared about all got struck to the ground in TLJ. We're left with the Resistance, to whom few people are endeared, as much as the films may try. Even those who liked the Rey-Kylo plot, which is most of the audience, don't forsee anything much for IX. People by and large didn't ask for their dynamic in TFA or TLJ, and so they will not go looking for it in IX either.

The filmmakers basically have the responsibility to foist it upon the audience that doesn't always know what's best for them or the story. It sounds horribly condescending, but then, most of the TLJ theories were Luke igniting the green, Rey being a pure Jedi princess, and Kylo having no dimension at all. Those latter two ideas still stand in many circles unfortunately. So IX will have to give people what they won't ask for or expect themselves.

Star Wars is rich with action, adventure, family, and romance. From Han and Leia’s princess/scoundrel dynamic to Anakin and Padmé’s tragic fate to the overload of cuteness that is FinnPoe, there’s a ship for everyone in a galaxy far, far away. Perhaps the most controversial? Reylo. Rey is a powerful, intelligent, resourceful, kind Jedi and Kylo Ren is a murderer and the brutal, unstable leader of the First Order. Some may argue that Kylo Ren/Ben Solo is undeserving of love. But what can I say, opposites attract AND there is inherent appeal to forbidden love. Let’s run down Kylo and Rey’s best moments so far!

Kylo and Rey speak through the Force multiple times during The Last Jedi, and each time I couldn’t believe with my own eyes what I was seeing. An intimate bond that crosses space and time to connect? Ample fodder for a powerful ship. But the last time Kylo and Rey lock eyes is at the end of the film, after the Battle of Crait, and after Luke’s death. Rey stares at Kylo, who is literally kneeling before her, and a moment passes, one full full of regret, resentment, sadness, and potential. Rey closes the Falcon’s door and ends the connection, but the narrative door remains open for J.J. Abrams to play with this storytelling device for Episode 9. Will Rey and Kylo stay pen pals? Or will they rekindle their bond in a moment of need? Only time will tell.

Rey’s lightsaber workout montage in The Last Jedi might be one of the most #fitspo things I have ever seen. But Tumblr user leofgyth pointed out recently that Rey’s moves in that scene look JUST like Kylo’s at the end of The Last Jedi, thanks to Rey downloading some of Kylo’s abilities following their first trip into each other’s minds in The Force Awakens. The Last Jedi dealt with both character’s desires to explore the gray areas of the Force, and the mirrored moves demonstrate their connection. Couple workout goals?

The Last Jedi contains a proposal. Kylo asks Rey to join him and rule the galaxy together. This is similar to what Anakin offers Padmé at the end of Revenge of the Sith, and in both instances, the offer is tragically romantic. Rey wants Ben to be good, Padmé wants Anakin to be good, and both of them are disappointed by the darkness in Anakin and Kylo. Kylo’s proposal is definitely not as smooth as Anakin’s, as mere seconds before it, he tells Rey her parents “threw her away like garbage.” Not exactly a great way to sell her on the benefits of being a galactic power couple. But the moment itself is tearful, twisted, doomed, and hot, especially when Kylo adds that “please.” Kiss, you idiots!

Getting to know someone usually takes time. For Rey and Kylo, just a few short sessions of ForceTime are enough to confide in each other with their deepest, darkest secrets and emotions. And knowing Luke isn’t the greatest with “feelings,” Rey turns to Kylo after her quick Dark Side cave jaunt. Then, the pair share an incredibly intimate exchange, when Kylo tells Rey, “You’re not alone,” and Rey reciprocates, “Neither are you.” She extends her hand to him to see if they can in fact touch each other across space and time, and Kylo slowly removes his glove, making himself even more vulnerable to her. They touched hands for the briefest of moments, and Reylo history was made.

After Rey mails herself in a coffin (Rian Johnson really wanted the Millennium Falcon’s escape pod to look like a coffin, according to The Last Jedi art book) to Kylo following their steamy hand touch, Kylo does what any good Dark Side apprentice is supposed to– he immediately puts Rey in cuffs and goes to bring her to Snoke. In a tense elevator ride, Rey appeals to his humanity and calls him “Ben.” They both look at each other’s lips and bore their eyes into each other’s. If there was any room for a kiss in The Last Jedi, it should have been there.

Kylo and Rey’s first lightsaber fight is antagonistic, and the moment where the lightsaber flies to Rey instead of Kylo is one of the best moments in all of Star Wars. This is their first battle as enemies, as Force users, and also lays the groundwork for some of their conflict in The Last Jedi, especially when Kylo proclaims that Rey “need(s) a teacher” and offers to show her the ways of the Force. Rey thinks about it for a second, and digs deep to find the extra strength she needs to defeat him and leave him scarred. Kylo is amazed by Rey in this scene, and Rey is still in full on hate mode, but fight illustrates their philosophical distance. Star Wars is all about balance, and this fight emphasized both ends of that scale.

The Throne Room fight scene in The Last Jedi is a cinematic marvel: the choreography, the blocking, the colors, and the performances. And within the film itself, the scene is rich with character and relationship moments for Kylo and Rey. First, Kylo at least partly kills Snoke to save Rey. ROMANTIC. Killing your boss for your lady? Dreams. I mean, it’s also because he just wants to rule the galaxy with her and stay evil, so, not the most well intended or thought out gesture, but it gets the job done. Rey and Kylo’s work at the beginning of the fight is so in sync, and Kylo is definitely even worried for Rey when he sees her arm get cut. And, Rey throws her saber to Kylo at the very end after she’s done kicking butt. A true partnership. The score composition for this scene is titled “A New Alliance,” and it demonstrates what they’re capable of, together. Also, if you like conspiracies, the cut Rey got on her arm left a scar in the shape of TWO TOUCHING HANDS. The scene is rife with chemistry, synergy, potential, and mutual respect. I can’t wait to see how their relationship evolves in Episode 9.“

I got tagged at some point in all of this because @Birdwoman and I were making fun of people who are still holding on and need to let go (you tell 'em Kylo) about Snoke being the big bad.

Honestly, I think it'll be Ben versus himself as his own worse enemy (Leia's line about Han exhausting all other options before doing the right thing) up against the rest of the First Order wanting to bring back old things and Hux's personal interests/ambitions. Otherwise, anything to do with the Unknown Regions, if they were going to do it it would've been TLJ. The Fry book just had Snoke's inner monologue about the Imperial Remnants escaping to there and how he manipulated the leaders/played them against each other with his knowledge of that place in order to gain power. But I doubt that there will be something to do with the UR and really detailed Force Lore in IX, that seems more like the hardcore fandom would be interested in. So it'll be in the books and comics.

The Unknown Regions, while interesting for lore fans, seem like they might require a lot of worldbuilding for one movie that's supposed to resolve the entire Skywalker Saga. I don't know how they could pull off introducing basically an entire new system of planets in two hours, when Bendemption, Reylo, Skywalker/Solo family, and the Resistance storyline need closure. Unless the entire movie is set in the Unknown Regions from the very beginning? I don't know.

I can buy JJ introducing 2-3 planets in the Outer Rim, like we've seen in TFA and TLJ for some quick action scenes, and some minor characters who live on each planet (like Maz in TFA). But to explain what the whole deal is with the Unknown Regions and how Snoke (RIP) benefited from the area seems a bit redundant now, especially since he's dead. I almost always fall asleep during Obi-Wan's Nancy Drew cosplay on Kamino, and that's just one planet

Hahahaha! Too true. I think the hardcore fans are why they had all the world building in the books about Jakku as part of Imperial/New Republic history and Force Lore. But if it ever makes it into the movies, it'll be minimal. All those dirty looks Hux was giving Kylo, I think we're meant to see both sides (Resistance and First Order) losing numbers and resources through TLJ and then going forward, with new/young leaders eager to prove themselves. But the BFG seems less likely to Caine Mutiny Poe (no matter how many of them he got killed) versus Hux is definitely going to shiv Kylo when it most benefits him.