Sabine and Ahsoka’s new journey. Where will it take them? (Spoilers for Rebels S4)

Sabine and Ahsoka’s new journey. Where will it take them? (Spoilers for Rebels S4)

After the events of Rebels season 4 we see a Gandalf-esque Ahsoka, clad in white robes and a staff, and Sabine head out to look for Ezra Bridger who vanished with a group of hyperspace traveling purrgils. Will they find him? Or does the Force have other plans for the destinies of these two heroines?

I’m kind of excited about the possibilities really. Especially if the next animated or live action series centers around Ahsoka and Sabine. The fact that they both have deeply rooted Mandalorian histories could mean we may get to see more of the drama that is Mandalore. I definitely wouldn’t be opposed to it.

Re: Sabine and Ahsoka’s new journey. Where will it take them? (Spoilers for Rebels S4)

Hmmm? Looks promising! Here’s a recent interview with Dave Filoni hinting at the next story in the SW grand saga.

Personally, I don’t think Ezra is destined to be found by Sabine and Ahsoka. He’s on his own journey/path now separate from the group. As for the two heroines destiny, my theory is below...

We know that Filoni is a huge LOTR fan and that he draws a lot of inspiration from those stories. Rebels had a lot of parallels with Fellowship of the Ring. Now that the fellowship has split up, what’s next? I’m thinking the next series will be a SW version of Return of the King. Given Sabine and Ahsoka’s tied history on Mandalore dealing with the Kryze clan, this is where I think their story will come back too. We know from The Heroes of Mandalore Bo-Katan was made “regent” of Mandalore at the end of the CW. (Regent:a person appointed to administer a country because the monarch is a minor or is absent or incapacitated). So who is this missing heir? Korkie Kryze. Satine and Bo-Katan’s nephew. He was also a former pupil of Ahsoka’s at the Mandalorian Royal Academy during the CW. Wherever he is, maybe he is the key for finally bringing Mandalore together and ending the thousand years of war that has plagued them. For me, it makes sense to combine the CW and Rebels Mando story arcs. It will bring the Mando saga full circle. After all... 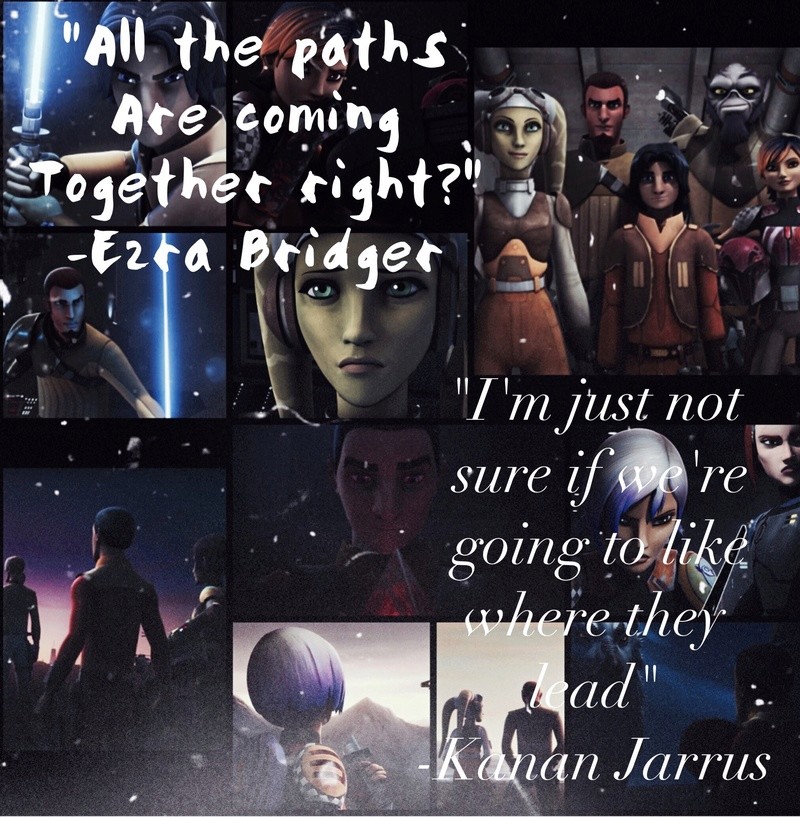