I enjoyed series one, but I have to admit....I'm no longer interested in anything SW. I hate being a downer and I'm sure the new stuff is going to be great, but good as the spin offs are, for me the Skywalker/ Solo family were Star Wars. TROS has completely destroyed my love for the franchise along with my favourite character. I'll never be able to look at anything linked to it knowing that:
Ben Solo is dead, and died for a creature who forgot him five minutes later, and superciliously stated that she could 'never love Kylo Ren'.
Anakin's sacrifice was for nothing.
Han died for nothing
Luke and Leia were character assassinated into beings who couldn't give a toss about their own flesh and blood
The heroes are now gone, their bloodline is extinct and the only person with the Skywalker name is Palpatine's horrible grandaughter.

Season 2, Episode 1 The Marshal is very good! A!

What the Force's podcast, of course, expands wonderfully about it!

I have really mixed feelings. Parts of it were good, but it was like it was only partly itself, while setting up multiple other shows (there's literally an after credits scene entirely unrelated to the episode as an ad for a Boba Fett show), and also it randomly turned into the Luke show for no reason. I honestly thought with all the animation references and plotlines, Ezra might be the Jedi to show up, at least one character there would recognize him. My hope is that season 2 is the only victim of this and next season they won't chuck Mando and Grogu under the bus for 5 other things next time because it's out of the way.

Dunno how they're going to convince people to watch the show if Grogu's gone. I'm expecting he ends up back with Mando again somehow, but it's not the best set up. Would it involve more statue-like, dead-eyed CGI Luke? I'm mostly a bit confused. Maybe they focus on the Grogu blood experiments instead? Not sure that was the big draw for most viewers.

So, Luke's in it, eh?
Come on Disney. You killed off all the Skywalkers. You wanted to move on, with new characters.

@californiagirl
They will most likely focus on Mandalore now. 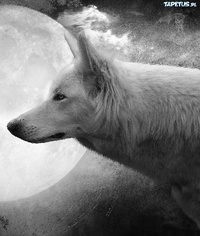 I still feel little Yoda is the cash cow here, and the story hinged on a man and his green baby, but yeah, not sure how they connect it to the Bo Katan/Mandalore storyline.

I was going to watch this show but now idk after hearing how season 2 has become a way to bring in a bunch of famous cameos and the very desperate CGI Luke stunt they pulled. Plus I'm not sure I'll be into the whole every episode is a almost standalone adventure , barely any overall arc thing. I'll stick to baby Yoda gifs I guess lol

Daddy issues in common... thats all...

It’s not only the blue butterflies that seems to connect Grogu to Ben /kylo but also that kylo Ren’s theme plays when
1) the scientist talks about needing the child’s blood as donor in the hologram
2) when Grogu is captured , mocked and cuffed ( the scene gave me Aslan vibes /Jesus being captured by pilate vibes ) forced to bring out his dark side - kylo/Ben’s theme plays out again .
There is definitely a connection there but not sure what and so many parallels . Also the way Din Djarin is with Grogu and how much he loves him ( that scene in the last episode where he gives him to Luke had me sobbing ) and how he calls him kid just made me think of what Ben Solo’s relationship with his dad Han must have been like .

Pity Grogu can't bring Ben back from the world between worlds.

I don't know if this is the right place to put it....but apparently Disney+ has banned children under seven from watching these films because they consider them racist:
Peter Pan
The Aristocats
Dumbo
Also I believe Lady and the Tramp.