Animation has been keeping SW fans fairly happy. Especially with film production shut down, I wouldn't be surprised to see a surge in animation in its stead. 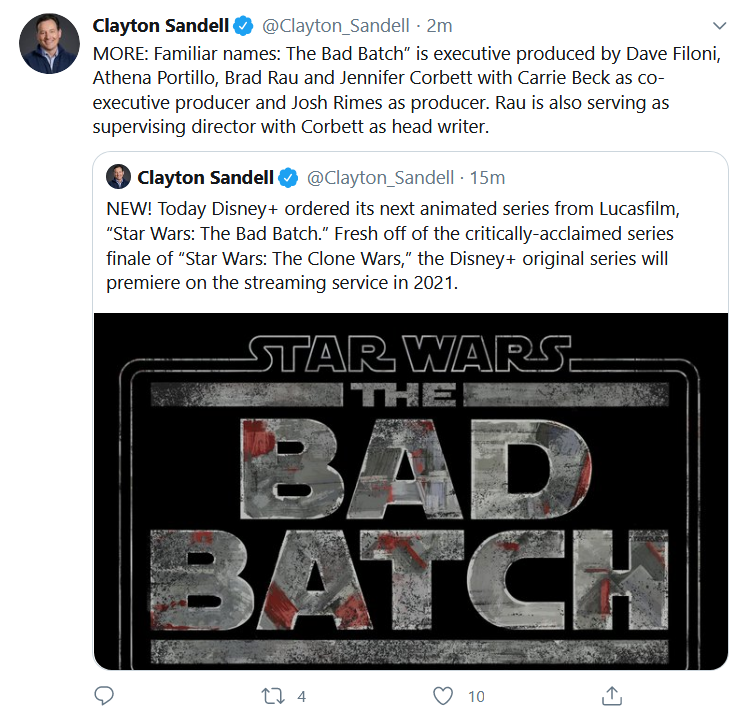 Update: Looks like a post TCW show, about a group of clones, likely capitalizing on the popularity of the recent TCW finale. https://www.starwars.com/news/star-wars-the-bad-batch-series-announce

Saw people speculating that it will be a mostly male cast, a la the ninja turtles, or trying to appeal to boys or middle aged men who want more empire-era stuff, even though there's already so much of it. Though it's also been pointed out that half the creative team and the lead writer are women. Some are saying that like Mando, it could be very different than initially advertised. Most LF projects are shrouded in mystery, at least on an official level, until release, it would seem.

I don't know why people are wondering why it's not an ST or post-OT show, I think it's been pretty clear Disney wants to get as far away from that era as possible, aside from Mandalorian, which is closer to the OT. Like they kind of regret the ST as a whole concept.

Well, I won't say no to clones in general, lol

This show would appeal to me a lot more if the Bad Batch includes Echo, post-season 7. I hope so!